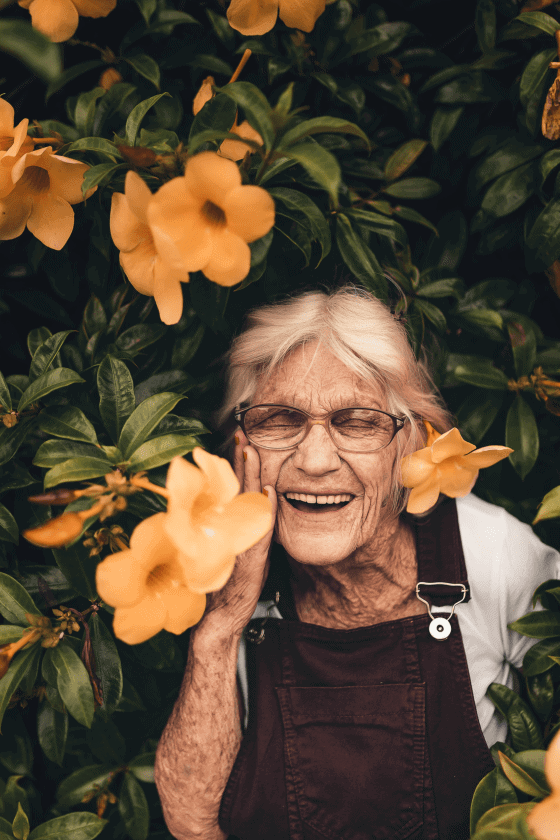 Seniors Are Happier Than People in Their Twenties

By casole19 September 2021No Comments

Although old age is physically hard to live by sometimes, older adults are happier than younger adults.

According to a new study published in the  Journal of Clinical Psychiatry, researchers analyzed data in San Diego from a random sample of 1,546 aged 21 to 99 years. A long survey on their physical, cognitive and mental health was completed after a telephone interview. The respondents were asked about how happy and happy they are with their lives and about how depressed, anxious and stressful they are.

There is the perception, old age is bad, all doomed and dark, and old adults are usually depressed, grumbling and unhappy. Lifetime happiness and well-being are thought to follow a U-shaped curve, falling in the middle years and gradually again increasing in old age.

The study was a snapshot in time; people were not followed in life to find out how their responses were changed. Jeste notes, however, that “as they grew older, things seemed to have begun to improve for them.” “It suggests that age improves mental health.”

A diversity of results

Although the elderly were physically disabled and cognitively impaired more than the younger people, the benefit found in a better happiness and in mental health was reduced by a natural deterioration of age. Individuals reported the highest levels of depression, anxiety and stress, as well as the lowest levels of happiness, contentment and well-being, in their 20s and 30s. Surprisingly, the happiest were older adults.

What about young people who are so appallingly difficult? After the turmoil of adolescence, real life begins with its many financial, educational, romantic and career commitments. There is a constant pressure among peers: you constantly compare yourself to others and feel bad that you and some of them do not succeed and feel like you have many options but you do not make best use of them.

Older people are far more able to brush off the minor stressors of life and collect a precious commodity called wisdom: emotional stability and compassion, self-awareness and an ability to make sound social choices.

Some evidence suggests that life today is also easier for older adults than it has been formerly; one study found that depressive symptoms declined in late life from 1998 to 2008. Other research shows that the trend is worsening for young adults because in recent decades, they appear to have more depression and anxiety.

Jordan da Veiga, Ca‘Sole founder , notes that although the reasons for this are unknown, “that changes in society as a result of progressive globalisation, technological development, increased competition for higher education and better paying jobs and changing roles in society are likely to have greater impacts on young women and men than on old people.” “Any change that occurs relatively quickly tends to stress the victims.”

Your perceived age is more important than your birthdate.

Those studies are be linked with another well known fact in psycology : the majority of people believe they are younger or older than they actually are, and this ‘subjective age’ has a significant impact on their physical and mental health.

Consider the possibility that you did not have a birth certificate and that your age was solely determined by how you felt on the inside. How old do you consider yourself to be?

The number of years since your birth, like your height or shoe size, is an immutable fact. However, our everyday experience shows that we do not always experience aging in the same way, with many people feeling older or younger than they are.

This characteristic is piqueing the interest of scientists. They are learning that understanding why some people appear to flourish as they age – while others fade – may necessitate understanding your subjective age. “how much older adults perceive themselves to be much younger than they are may influence critical daily or life decisions about what they will do next.” – adds Jordan

Its importance does not end there. Furthermore, numerous studies have shown that your subjective age can predict a wide range of critical health outcomes, including your risk of death. You are, in some ways, only as old as you feel.

Given these enticing findings, a slew of researchers are now attempting to untangle the numerous biological, psychological, and social factors that influence how we age – and how this knowledge might help us live longer, healthier lives.

Researching the secret for an happy life

This new understanding of the aging process is the result of decades of research. Several of the first studies examining the difference between felt and chronological age were published in the 1970s and 1980s. The trickle of initial interest has turned into a flood. An onslaught of new research has examined the psychological and physiological consequences of this disparity over the last decade.

The investigation of the relationship between subjective age and personality has been one of the most intriguing strands of this research. It is now widely accepted that as people age, they become less extroverted and more open to new experiences – personality changes that are less noticeable in people with younger hearts and more noticeable in people with older subjective ages.

Those with younger subjective ages, on the other hand, became more conscientious and less neurotic, which are both positive changes associated with normal aging. As a result, they appear to be gaining the wisdom that comes with more life experience. It does not, however, come at the expense of youth’s vitality and exuberance. It’s not as if having a lower subjective age locks us in a state of perpetual immaturity.

Furthermore, it appears that feeling younger than your years is associated with a lower risk of depression and increased mental well-being as we age. It also means better physical health, including a lower risk of dementia and a lower likelihood of hospitalization for illness.

Researcher Yannick Stephan of Montpellier University in the France looked at data from three longitudinal studies that included over 17,000 middle-aged and elderly people.

The vast majority of people felt eight years younger than their chronological age. Some, on the other hand, believed they had aged – with disastrous results. Even when other demographic factors such as education, race, or marital status were controlled for, feeling 8 to 13 years older than your actual age resulted in an 18-25 percent increased risk of death and disease burden over the study periods.

There are numerous reasons why subjective age is such an important source of information about our health. It could be a direct result of the accompanying personality changes, with a lower subjective age implying that you enjoy a broader range of activities (such as traveling or picking up a new hobby) as you get older. “For example, studies have found that subjective age predicts physical activity patterns,” Stephan explains.

The mechanism that links physical and mental health to subjective age, on the other hand, almost certainly works in both directions. If you are depressed, forgetful, or physically vulnerable, you are more likely to feel older. As a result, a vicious cycle can form in which psychological and physiological factors both contribute to increased subjective age and poor health, making us feel even older and more vulnerable.

Stephan’s research, which has been accepted for publication in the journal Psychosomatic Medicine, is the largest study on the effect of subjective age on mortality to date. The large effect sizes necessitate close examination. “These associations are comparable to, if not stronger than, chronological age,” explains Stephan.

To put it another way, your subjective age is a better predictor of your health than your birth date.

Keeping this in mind, many scientists are attempting to decipher the social and psychological factors that may influence this complex process. When do we realize that our minds and bodies operate on different timescales? And how does this happen?

Nicole Lindner and Brian Nosek from the University of Virgia investigated how the disparity between subjective and chronological age evolves over the course of a person’s lifetime. As one might expect, the majority of children and adolescents believe they are older than they are. This begins to change around the age of 25, when the felt age begins to lag behind the chronological age. By the age of 30, approximately 70% of people believe they are younger than their actual age. And the disparity is growing over time.

Lindner and Nosek also calculated their subjects’ “desired ages,” “It keeps rising with us, albeit at a slightly slower rate than we feel right now,” Nosek explained. According to him, this appears to “support the idea that our life experiences improve continuously, albeit at a slower rate than our actual experiences.” As if there was only one peak age. Again, this transition happens in our mid-20s: 60% of twenty-year-olds want to be older. However, by the age of 26, 70% of people wish they were younger, and the majority of people view the recent past through the most optimistic lenses from then on.

Similar results from studies in Europe

A lower subjective age, according to some psychologists, serves as a form of self-defense, shielding us from negative age stereotypes – as demonstrated in a nuanced study conducted by Anna Kornadt at Bielefeld University in Germany.

Kornadt’s research was based on the idea that subjective age is a multifaceted concept that differs across domains. When you consider yourself at work versus your social relationships, for example, you may feel different emotions. Kornadt then asked the participants if they felt younger or older than they were in various aspects of their lives.

Indeed, she discovered that people’s subjective ages were lower in areas where negative age stereotypes are most prevalent, such as work, health, and finance, implying that this way of thinking assists people in distancing themselves from the negative connotations associated with their age group. Believing that “I may be 65, but I feel 50” indicates that you are less concerned with your job performance, for example. Kornadt also discovered that people with a lower subjective age had a more positive view of their future selves.

This self-defense may help to explain some of the health benefits associated with feeling younger than you actually are by shielding us from our society’s pessimistic view of aging and providing us with a more optimistic outlook on the future.

Despite these advances, scientists are still grappling with their implications, though future interventions may attempt to reduce participants’ subjective ages and, as a result, improve their health. In one of the few available studies, elderly participants in a fitness program gained more strength when experimenters praised their performance in comparison to other people their age.

And, given its predictive power – beyond our chronological age – Stephan believes that doctors should ask all patients about their subjective age in order to identify those most at risk of developing future health problems and more effectively plan their current health care.

Meanwhile, these findings can help us all gain a more nuanced understanding of how our own brains and bodies deal with time. Regardless of your true age, it’s worth thinking about whether any of your limitations are self-imposed.