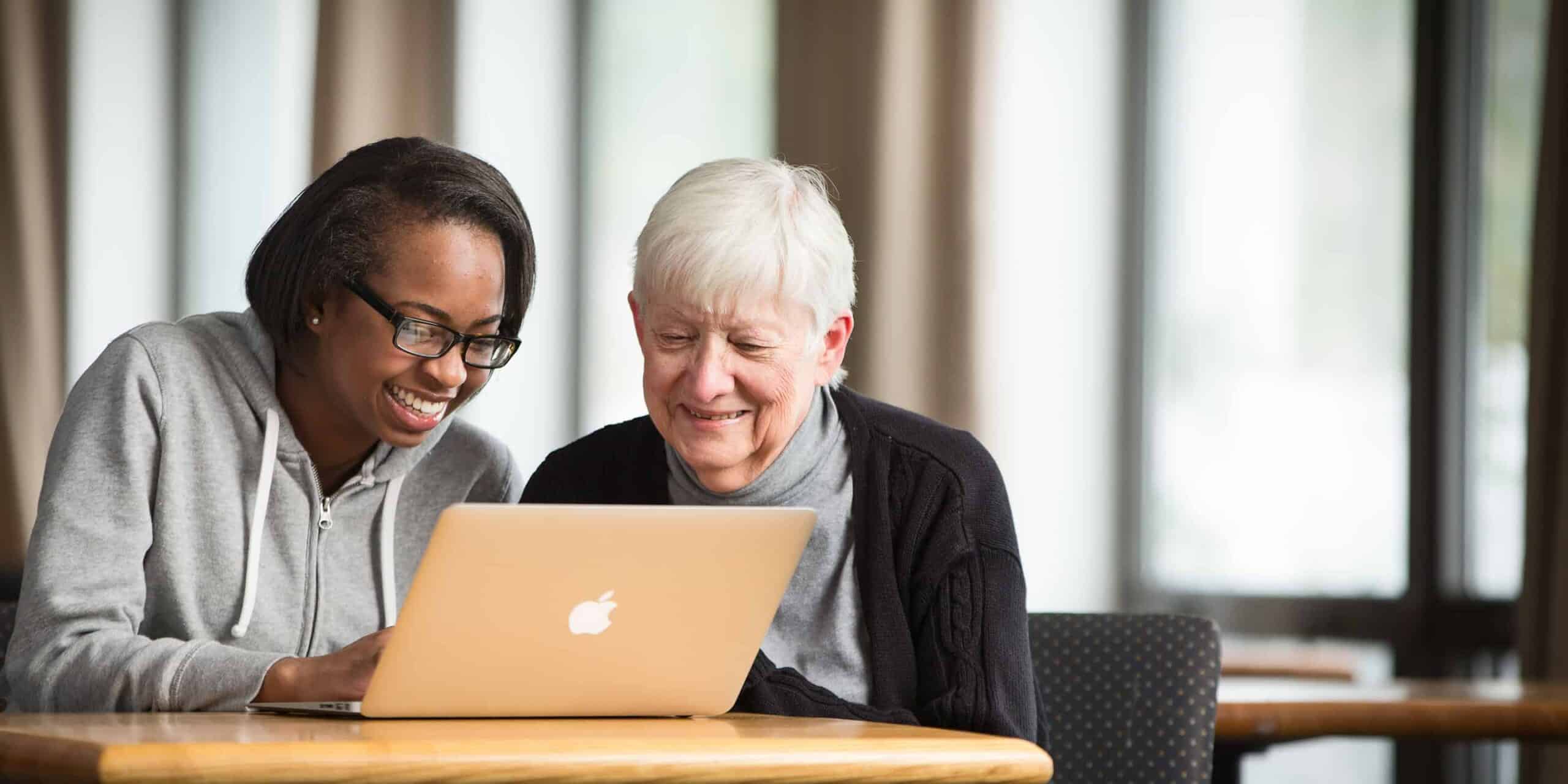 A hard habit to get into

Older adults are already at a digital disadvantage: 18% of over-65s do not have internet access.

Of course some older people have less experience of digital technology than others, and unsurprisingly describe mixed emotions regarding the use of everyday devices such as smartphones, laptops, e-readers and tablets. They also claim to lack trust in their ability to use them. Lack of control, overwhelm, and bad product design can lead to feelings of incompetence, isolation, and even trapping.

Illiteracy disproportionately affects the least educated, the poor, and the elderly in France. Even today, more than half of the population aged 75 and up has no home internet access and never uses it, either by choice or necessity. The issue is that illiteracy encourages social isolation.

When we think about seniors and digital, we usually think of two stereotypes. The first is the ultra-connected 60-year-old baby-boomer who uses her smartphone and tablet to communicate with her children on the other side of the world, shop online, do her paperwork on the computer, and play on Facebook on a daily basis. The second is the 75-year-old Silent Generation grandmother who has an internet connection and a computer but only uses them with her children when absolutely essential, such as to file her taxes.

Despite the fact that the percentage of people aged 75 and above who use the internet practically every day has climbed from 5% in 2009 to 19% in 2019, a large section of this demographic is illiterate. According to INSEE, illectronism refers to the lack of basic digital abilities (sending e-mails, checking one’s accounts online, utilizing software, etc.) or the failure to use the internet (material incapacity or impossibility). This affects 67.2 percent of people over the age of 75.

In 2019, the over 75s account for the biggest proportion of the French population having problems with the internet or their digital equipment. Nearly half of those aged 75 and up do not have internet connection at home, and nearly 65 percent had not accessed the internet in the previous year.

Still, 9 out of 10 adults in this age bracket have at least one digital handicap. They struggle to obtain information online (purchasing a product, seeking a service, completing administrative tasks), communicate via the internet, solve problems (online bank account, copying a file), and use software such as word processing.

They use their cellphone or smartphone less frequently than other people; only 56% of those aged 70 and older and 74% of those aged 60-69 use it daily.

Seniors are more likely to utilize a computer for online activities; only 19% of 60-69 year olds and 11% of 70+ year olds use their smartphone to access to the Internet, compared to 44% of the French population.

They are also less knowledgeable about the various packages; 26% of 60-69 year olds and 39% of over 70 year olds have no idea how much data is included in their subscription (20 percent of the general population). They are more likely to subscribe to their bundle in a store than on the operator’s website.

Finally, they keep their smartphones for longer; 21% of smartphone owners aged 60-69 and 26% of those aged 70 and up have kept them for more than three years (only 16 percent of the overall population).

Recent years have seen an upsurge

The Institute for Successful Longevity at Florida State University stated in April 2020 that it has established a program to assist seniors in continuing to learn and connecting with friends and family.

“Research studies estimate that around a quarter of the U.S. older adult population suffers from loneliness,” said Neil Charness, the institute’s director, “and we are afraid that this could grow more pervasive under the social separation required to limit the transmission of the COVID-19 virus.”

Seniors may also avoid social situations because they find it difficult to understand what others are saying. This is where technical advancements such as the use of the best hearing aids on the market can help.

Assume that your elderly relatives live alone. In such scenario, you might want to consider obtaining them a medical alert system so that someone is notified if the person living alone has an emergency and need assistance.

Smartphone equipment and use are expanding within the 60+ age group, even if they remain lower than the French population as a whole.

The smartphone is the item that has grown the most this year, up 7 percentage points for the entire population, or 84 percent. This equipment has also increased among the retired: +18 points in a year, +16 points among those aged 60 to 69. It is +15 points among the over-70s. Mobile texting (WhatsApp, Skype, FaceTime, and so on) has become increasingly popular. Seniors have begun to use these technologies, but they are not yet ingrained in their daily lives: they use them sparingly in comparison to the general population. This is a group that is still relatively complicated and has a low level of skill. 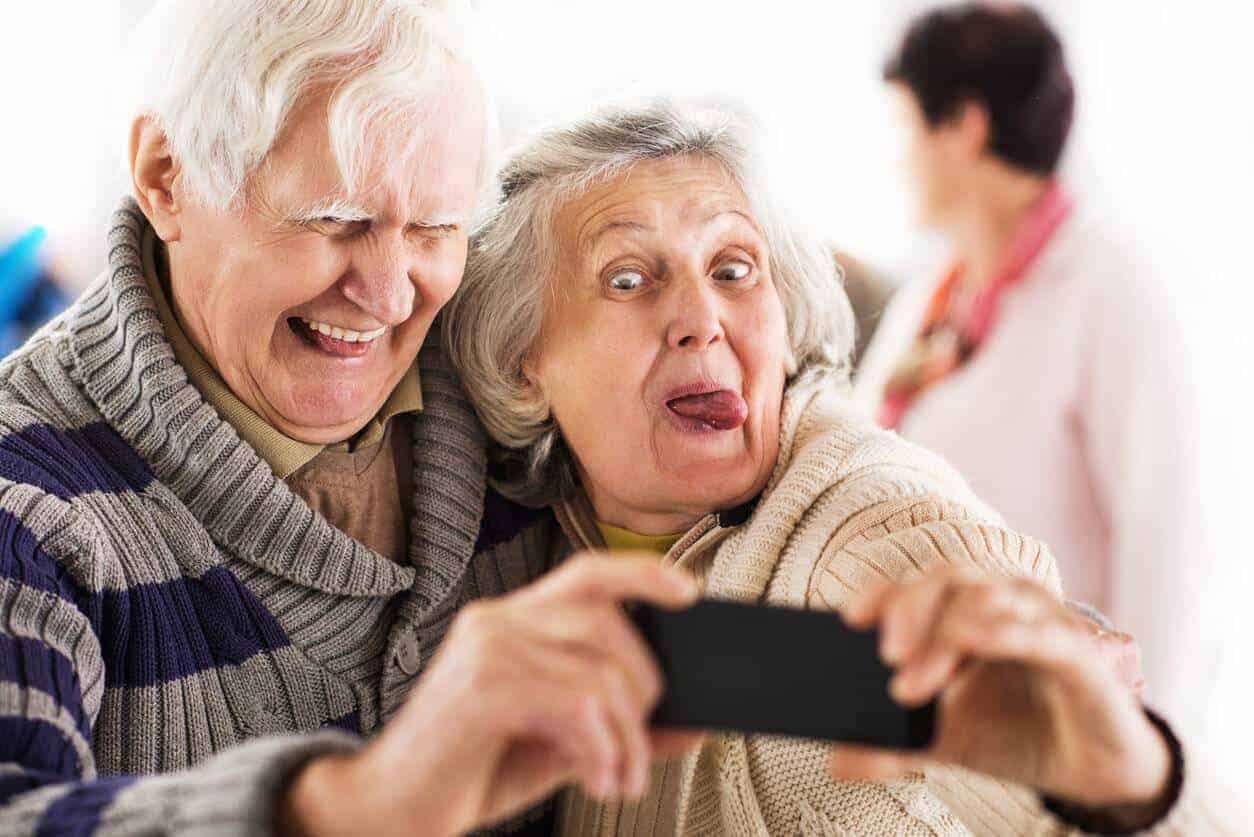 Sudden growth due to Covid

If COVID-19 accelerated anything, it was the advancement of communication technologies. For example, Zoom has made communication easier for millions of people who work from home. Seniors can use these tools to connect with friends and family from all across the world.

During the COVID-19 epidemic, older people were compelled to rely on technology to communicate with their families.In fact, according to a 2020 AARP survey, “Tech ownership among older adults is growing with no signs of slowing down. For many devices, adoption among older adults ages 50 and older is comparable to younger generations. Older adults are adopting smartphones, wearables, home assistants/ smart speakers, and smart-home technology at the same rate as adults ages 18-49.” Not only are older adults beginning to engage with technology more often, but many are also experiencing its wide variety of physical, mental and social benefits.

The period of confinement has been conducive to the development of new uses:

As with all uses of new technologies, the behaviour of senior citizens is gradually moving closer to that of the general population. The health crisis has boosted this trend.